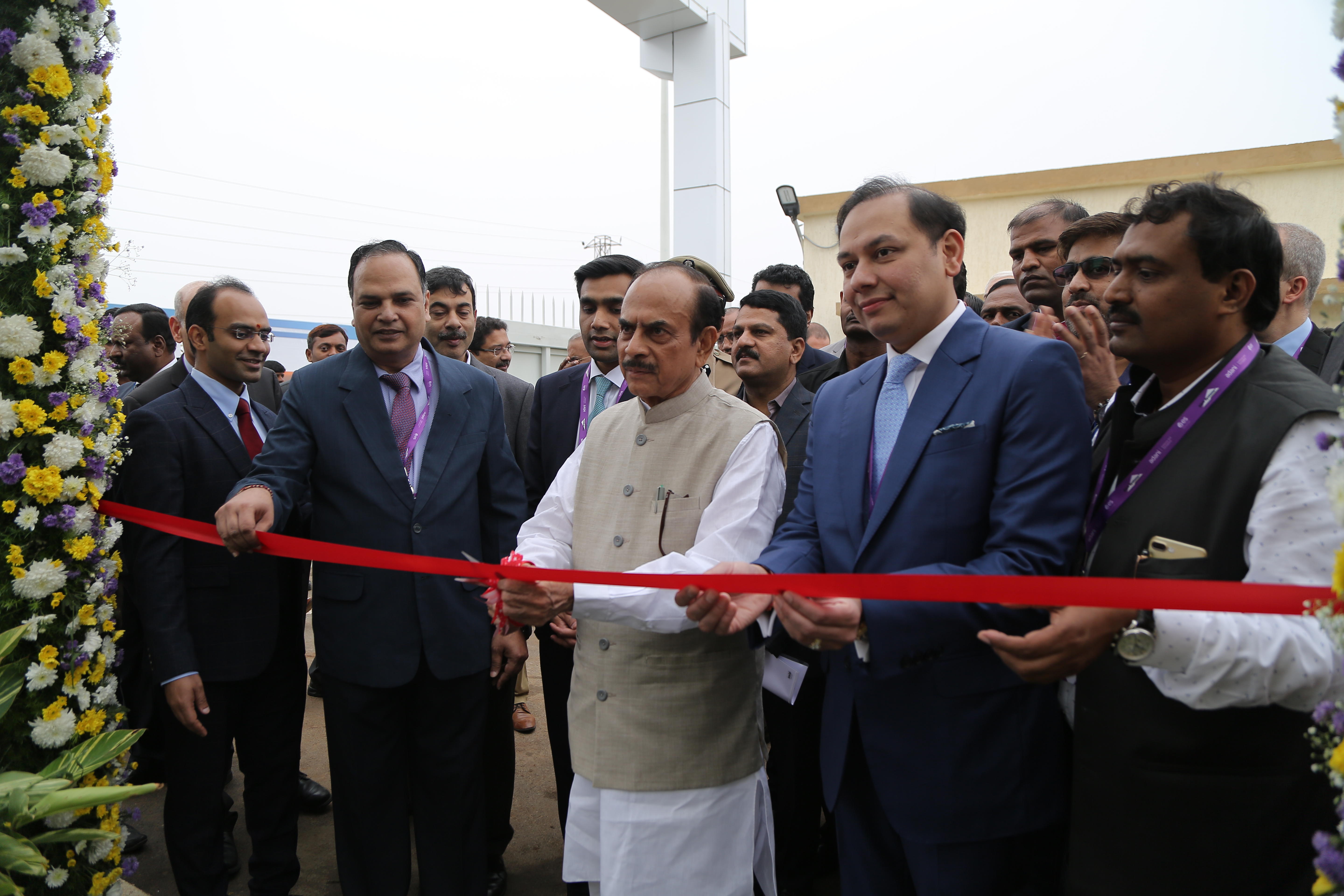 The 50,000 sq. ft. state-of-the-art facility would be the first UAV manufacturing facility in India and the first outside Israel to manufacture the Hermes 900 Medium Altitude Long Endurance UAV. The factory shall start operations with the manufacturing of complete carbon composite aerostructures for Hermes 900, followed by Hermes 450, catering to the global markets and will be further ramped up for the assembly and integration of complete UAVs.

Mr. Gautam Adani, Chairman, Adani Group commented - “Our foray into defence and aerospace has a deep personal significance for me. I want us to be able to look back and reflect that the Adani Group did its bit to help build a more self-reliant India – the nation that is second to none in its defence manufacturing capabilities – the nation that is stronger in its ability to defend itself. As an Indian - there could be nothing more gratifying. It is a critical milestone for the trusted and strategic relationship between our nations - India and Israel. This joint venture facility for the manufacturing of Unmanned Aerial Vehicles is a testament to Elbit’s commitment to our nation and the ‘Make in India’ programme”

Speaking about Elbit Systems’ commitment to India, Bezhalel Machilis, President and Chief Executive Officer, Elbit Systems added – “This facility where the Hermes 900 (MALE) and the Hermes 450 – the most advanced UAV systems in the world – will be manufactured, is in line with the Indian government's strategic plan and enables us to share our extensive experience in defense systems and benefit from the dedicated Indian workforce. Adani Group has a long history of entrepreneurship, spanning through decades of dynamic growth. We are proud of our enduring relationship with Adani Group and look forward to partnering in developing defence ecosystem in India.”

Along with the Adani Elbit UAV Complex, the Adani Aerospace Park was also inaugurated by the Hon’ble Home Minister of Telangana. Adani Group shared the vibrant defence manufacturing ecosystem which they have developed by investing in medium and small enterprises in India. Adani Defence and Aerospace has amalgamated an integrated solution with heterogeneous capabilities through its global partners and MSMEs in India including Comprotech, AutoTEC, Alpha Tocol, and Alpha Design Technologies. These companies have supported the Indian defence ecosystem and Indian armed forces for decades and have been suppliers to HAL, BDL, BEL and global OEMs for decades.

About Adani Defence & Aerospace:Adani Defence and Aerospace is a part of the diversified Adani Group, specialises in building state of the art defence equipment manufacturing facilities pan-India with the objective of putting India on the global map. Its multi-disciplinary team of experts endeavours to ensure that the user gets a decisive edge in critical scenarios through application of modern technology. It makes strategic investments by setting up defence manufacturing infrastructure with new lines of production in sectors such as fighter aircrafts, unmanned aerial vehicles, Avionics-systems, composites and an ever expanding horizon. Adani Defence and Aerospace plans to expand its capacity in line with initiative of ‘Make in India’.